So I know my last post was about losing weight but you guys- Candied Bacon Chocolate Chip cookies.

Everything in moderation, right?

Anyway, I needed something that would bring raves around a campfire and I think these puppies will bring the acclaim I seek.

The recipe is simple. Candied bacon is simply thick cut bacon, coated in brown sugar and baked in the oven.


Once they cool, you just cut them up in to tiny pieces (I suggest using scissors since it gets sticky) and throw them with the chocolate chips in your favorite chocolate chip cookie recipe.  I used the recipe provided in the link which uses melted butter instead of softened butter.

The cookies aren’t overly bacon-y . They just have a hint of smokiness, which almost tastes more like you used a smoked salt.  I would definitely warn the vegetarians in the room before serving them.

I also made these Brown Sugar Coconut cookies for said campfire and they are equally delicious, just not unique.

The Good:
The Cilantro Lime Chicken is beyond simple and really yummy.  The hardest part of the recipe was not rubbing my eyes after cutting the jalapenos because I forgot to use gloves.  We just ate the chicken on it’s own, but I think it would be great for tacos or nachos.

The Not So Good
The no-bake Samoas tasted yummy but did not hold together at all. Instead of cutting it into bars we had to scoop it out into a club on the plate.  Plus, the recipe says it should take 10 minutes.  It took 45.  They obviously did not factor in the time it takes to unwrap 55 caramels.  Brutal.

The Menu This Week:
There is none.  Someone else is doing all the cooking this week!

That being said you can find some great recipes on my Pinterest page.  I pin amazing shit. 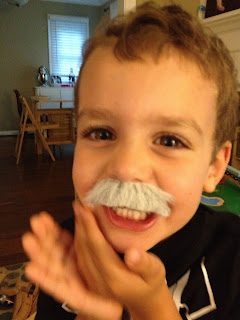