We are Ready for Some Football!

We are a Chicago Bears family.

I am a diehard Bears Fan.  Brett had no team alliance so he converted to the Church of Ditka in order to marry me.  Max doesn't have a say in the matter until he moves out and makes his own damn money. 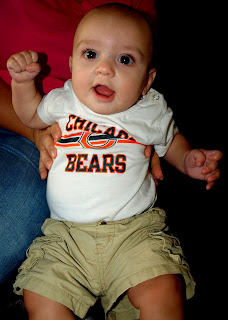 Therefore, we are a Bears family, whether the rest of my family likes it or not.

People look at me crazy for my love of the game but football, especially Bears football was a huge part of my childhood. My grandfather had season tickets since the Bears played at Wrigley Field in the 1960s.  My Dad later shared those tickets with Gramps and I was prividleged to attend many games as a kid. 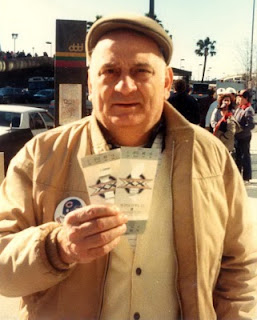 (My Grandfather at Super Bowl XX, New Orleans, LA)
Even as a kid the imposing columns of Soldier Field  told me that this place was special.  A team that embodied the characteristics of an entire city called that stadium home.  There, football is played as it should be- in the elements, unprotected by subzero temperatures, driving rain or even unpenatrable fog. The Bears are bad ass, just like Chicago. 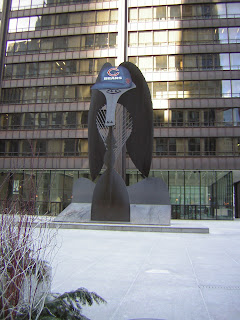 My most favorite childhood memories took place at Bears games.  Wrapped in layers of thermal underwear and wool, we tailgated, celebrated and high-fived strangers around us.  I watched huge victories and the occassional crushing defeat.

Bears football was (and still is) something my Dad and I could talk about.  Even when I was a moody unbearable teen, constantly butting heads with my equally stubborn father, we could talk running games and fourth downs.  The Bears were a way we could talk without tension.

Also, I learned to swear listening to my Dad and Uncles watch the Bears. I am sure Max will learn his first four letter words that way.

So here I sit, with seconds  until kick off, ready to watch my team play their rivals of over 80 years.  I'm sure I'll yell. I'm sure I'll cheer.  I know the text messages between family members will be flying.  And the only two words that can properly convey my emotions are: