I could write for hours about the awesomeness of our first family vacation but instead I'll let the pictures speak for themselves.  But first there are a few things photo's didn't capture.

1) Max was a total trooper the whole trip.  He only had 3 meltdowns, all of them justified (too long in the car) and none of them in public.

2) The weather was simply gorgeous and I actually got a taste of fall before coming back to hot as Hell Savannah.

3) People in Asheville are totally obsessed with their dogs.  Frankly, it was a little odd.

We arrived in Asheville around 4:30 and after completely rearranging our hotel room  unpacking, we ventured into downtown Asheville to get a lay of the land. There, Max got to experience his first smelly hippie drum circle.  I'm not stereotyping hippies by saying all are smelly.  But the people are this drum circle? Seriously gross. 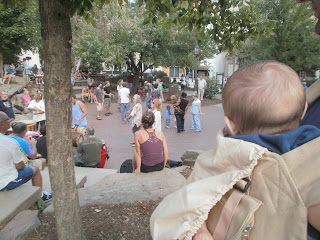 After a bit of walking around Max fell asleep and for the first time since he was born, we were able to go out to dinner, with Max, past 7PM! 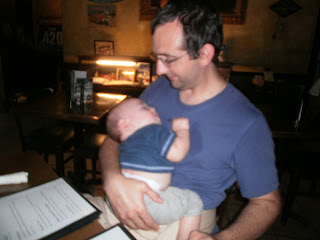 It was a Labor Day miracle. We didn't want to push our luck so we were back to the hotel before 8:15PM.

Day 2
We spent the whole day on Biltmore property.  Who knew there was so much to do beyond look at a ginormous house?  During the house tour Max was fabulous in his sling.  I was terrified he would lose it and his screams would echo through the cavernous house.  Instead he just smiled at strangers and took a nap. 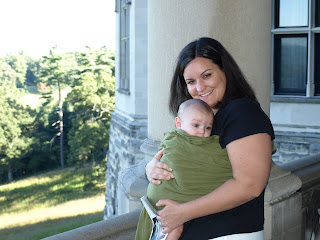 After touring the house (where pictures weren't allowed) we all snacked... 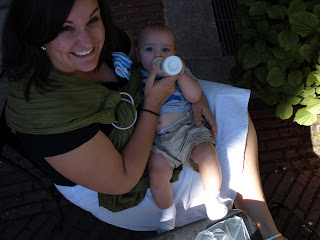 ...then explored the ridiculously gorgeous grounds outside the house. 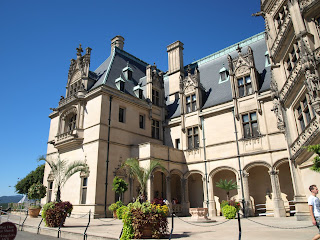 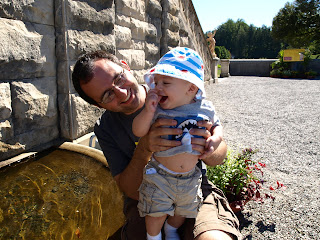 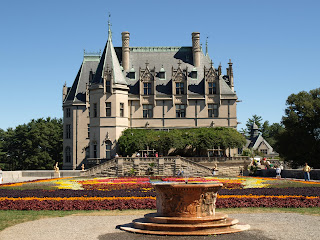 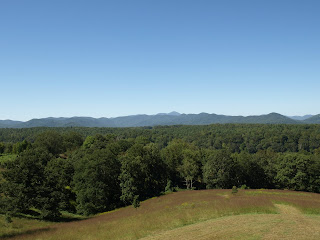 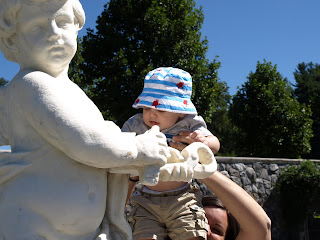 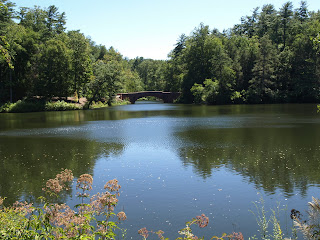 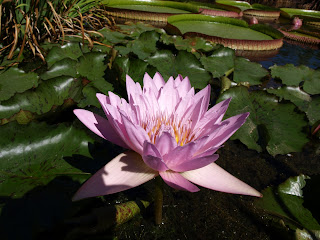 Seriously, those Vanderbilts knew how to live. Who has their own lake?!

Outside of the house, there is a ton of other stuff to do on the estate.   We spent the majority of the day at Antler Hill Village, eating ice cream, tasting wine and checking out the farm. 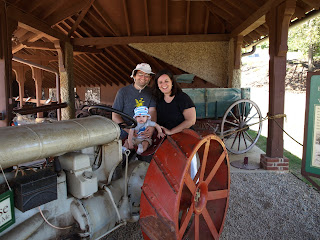 The above should be submitted to Awkward Family Photo.... 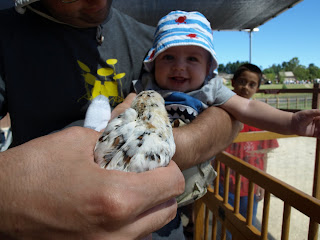 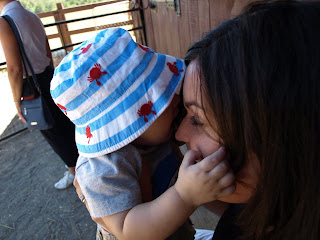 After 9 hours at the Biltmore, Max was DONE. That night was the hardest he ever slept. 11 hours, no fuss! 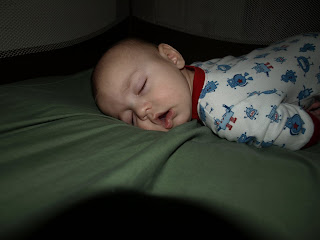 Well, I think that's enough pictures to overload your browser.  Tomorrow I will post part II...The Blue Ridge Parkway!
Posted by Laura @ The Things I Said I'd Never Do at 9:02 PM